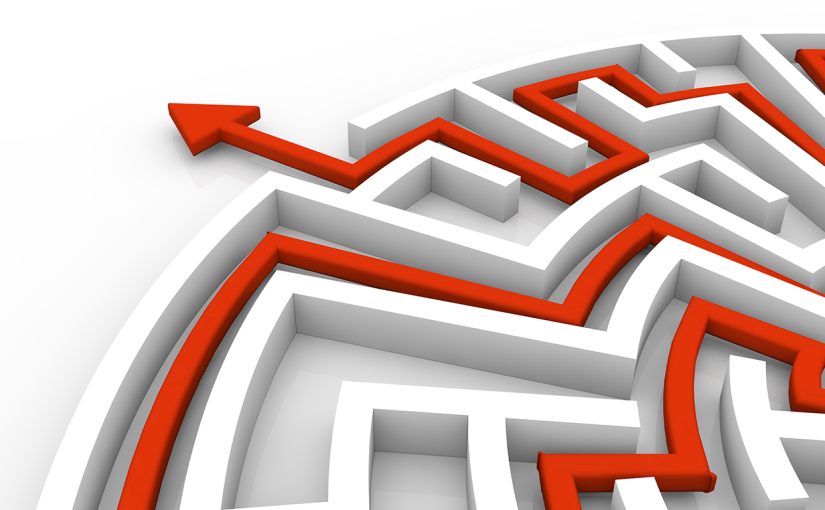 You cannot lead anyone further than you’ve already been. And if you want to lead someone well, you need to travel that road a while. Travel that road often.

My Bachelor’s Degree is in Math Education. With that degree, I was able to teach all levels of high school math in an era before calculus was standard fare. I taught Algebra, Geometry, and Computer Science (this, before the first PC was sold in the US.)

To get that degree, I had to take Number Theory (where we spent time in base 2 and base 7 instead of base 10). I had to take four semesters of calculus. The only reason I didn’t fail that last semester is the prof chose to not fail me. There were two take home exams that semester. We were given a week to accomplish each. I attempted to answer all 7 of the questions on the mid-term and passed that one. I don’t remember the specific details of the final, but it was only 2 questions. The first question left me staring into space, wondering what in the world I was supposed to have studied for the 4 prior months. I never got to the second question. The first question went something like this:

In a cage you have a male and female bunny. Under normal conditions, bunnies reproduce 5 time per year with 4 kits per litter. In the water supply for the rabbits, you introduce a small ratio of alcohol, that ratio increasing by a certain amount over time. Alcohol serves to impede the reproductive rate of bunnies at a certain rate by volume over time. Assume that the litters, over time, average out to have the same number of males and females. Bunnies are able to reproduce beginning at 8 months old. Based on these conditions…

How many bunnies would you have after 24 months?

Not only did I have no words, I had no math. Not for bunnies anyway.

But what the number theory and calculus courses did do for me was take me a long way down that math road. Past potholes, pitfalls, and precipice. I could teach Geometry and Algebra in my sleep because of the depth of training I received.

You certainly can choose to journey together down a new road, but you can’t lead anyone. You’ve not yet seen the potholes or precipice. You’ve not experienced the detours and difficulties. And you’ve never found the amazingly powerful truths the exist beyond the pitfalls that cause most to turn back. Leading someone requires experience. Often, enough experience to fail and succeed.

If you agree with this, then let’s consider one implication.

Evangelism is Dead
I grow weary of hearing the erroneous conclusion of oft-cited “survey” that tells us the difficulty in reaching people for Christ. “If we don’t reach them by a certain age”, the report goes, “then the chances of reaching them grow dim.”

The tipping point age used to be 18, then 16. Now, according to some, it is 12. If we don’t reach them by the age of 12, then our chances of reaching them diminished significantly.

So you don’t miss a serious implication, let’s agree that “reached” does not mean attendance or presence or participation. “Reached” in this context refers to one giving their life Christ. So then, the serious implication is that in so many cases, the children may have gone through the motions, but they are not “reached”. We have effectively applied spiritual millstones around their necks.

The warning raised by the stat caused us to Lead In to the Walls – to turn inward to those who were already among us or will find us under their own steam – inside our walls. The real solution would be to Lead Out in to the Wild – creating effective ministries that turn outward – where the real need is.

How did we get here?
We got here because you can’t take anyone further than we’ve already gone. Our churches are filled today with people that made their salvation decision for Christ inside the walls of the church. The number of believers that are passionate about evangelism that actually practice evangelism in the wild seems to have diminished faster than the reachable age.

So, to paraphrase how this oft-cited quote is misunderstood, “If we don’t reach the children for Christ that are already in our walls or will come inside our walls by their own effort before they turn 12, we may not ever reach them”.

“What we’re doing doesn’t work for those in the wild, even though it is supposed to. We’re going to keep doing what we’re doing and just blame the difficulty on the lost people – they’re just harder to reach.”

That oft-cited quote should have raised alarm bells to develop evangelism efforts in the wild. We should have created opportunities that took advantage of the system that would have us removed from schools and the public square. We didn’t do that because you can’t take anyone further than you’ve been. And our churches are lacking critical mass in people who met Christ in the wild, to help move the church out to the wild.

I don’t have any stats, but in the last six churches that I’ve been a member of, only two of the pastors practiced and talked about experiential evangelism in the wild – reaching the lost where they live, work and play.

Unfortunately, neither of those two ever trained anyone while we were there – they never took anyone with them to learn this increasingly rare behavior. In both cases, the church members were always glad and excited that people got saved. Just never glad and excited enough to demand that their pastor train them in a hands on, experiential way. But to be clear, I know for a fact that these pastors were challenged to take members out and train them. They just didn’t.

Of greater misfortune, three of the remaining pastors did not practice evangelism in the wild. They were glad when people got saved in their church, but they had no stories to tell, no effort to share of them reaching people where they live, work, and play.

And of greatest misfortune, one of those pastors admitted to me that they had never led anyone to Christ in a one-on-one conversation. Certainly people had responded to a Gospel presentation before, but no experience with personal evangelism.

Sadly, in all six churches, from the tepid challenge to “tell your story” to a strong admonition to share the gospel, not one of these churches leveraged their God-given resources to build a church-based evangelism effort. They limited there challenge to the individual. “You. You go. You go to your friends and family.” And even one of them actually said, “And we (the staff) will be here if you need anything.” (See “The Problem With My Neighbors” to understand why this has never worked broadly in the US.)

Let that sink in.

The reason that students and young adults are harder to reach has little to do with their social, emotional, or educational development. It has everything to do with these facts:

If we think disciple making is fundamentally about working with saved people, then we make evangelism optional. The Great Commission (Matt 28:19-20), then, does not include it. Therefore:

We therefore don’t need to be concerned about it other than to be happy when it accidentally happens.

You can’t lead anyone where you’ve never been. So we have effectively killed evangelism. That is why it is harder to reach people over the age of 12. Not because they are hard to reach, but because we’ve stopped doing the hard work of reaching others in the wild.

If you’ve never been trained, go to your pastor and demand it. Demand that he connect you with an evangelistic mentor for the express purpose of learning how to share the gospel in a hands-on, experiential way.

Now I know for a fact that you’ve been challenged, too.